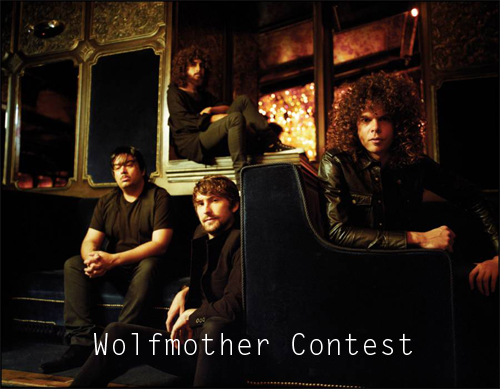 I’m sure I’ve mentioned at least a couple thousand times before how stoked I am about Wolfmother‘s sophomore release. For the last week or so, Wolfmother’s new album, “Cosmic Egg“, has been streaming in its entirety down at the band’s myspace, and, so far, there hasn’t been a day in which I’m not heavily streaming at least once. It’s a really great album, although I’m not going to go as far as saying it’s better or even just as good as their mind blowing debut self-titled, but, still, well worth every penny. Surprisingly so, too, considering the line-up through a whole make-over, with frontman Andrew Stockdale being the sole remaining original band member.

Anyway, this week’s contest, like most of you discerning fine individuals might have guessed, is all about Wolfmother! One lucky ZME reader will get in his mail box the following:

Note: Contest open for US residents only.

To enter the contest, all you have to do is name your favorite Wolfmother song off Cosmic Egg in the comment field bellow the post. You can listen to the whole album for free at the band’s myspace. The winner will be chosen at random next week, on the 27th of October (via random.org). Cosmic Egg is out October 23 in Australia via Modular Recordings and October 27 in the US via Interscope Records.

UPDATE: the contest is over. The winner is Laura Larson.