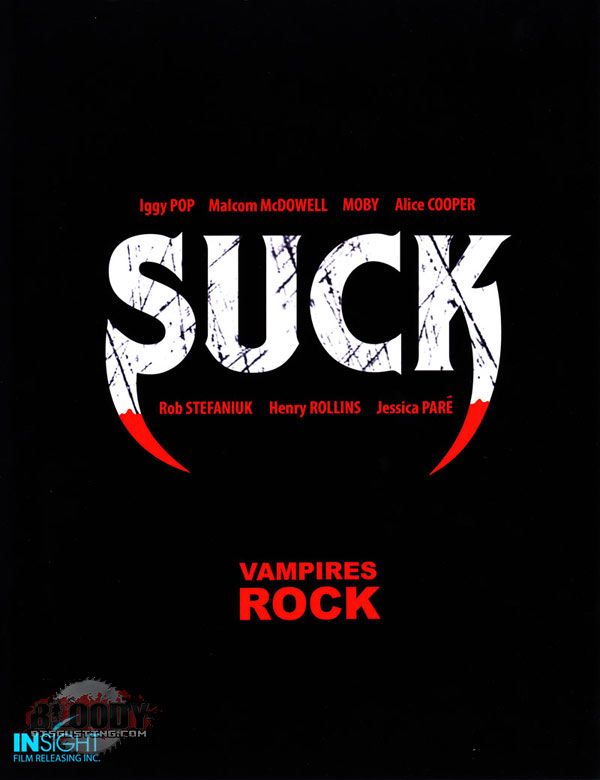 Here’s something you don’t see everyday. Rob Stefaniuk, a dime a dozen producer, is set to write and direct a movie called – get ready for this – ‘SUCK,’ which will, apparently, star Alice Cooper, Moby, Iggy Pop and Henry Rollins, alongside Malcom McDowell (Heroes, Halloween) and Jessica Pare.

The movie’s plot is fairly simple: a band of vampires that rock! The whole movie wants to be a fun satire, in which a group of rockstar wannabies search for immortality and a record deal. If it’s gonna be any good, I highly doubt it, but it does have Henry Rollins in it so the badass/awesome factor of the movie is halfway there.