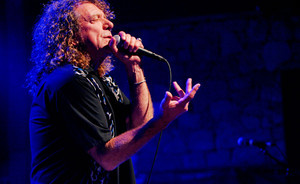 Last time we checked it, Led Zeppelin members wanted a reunion, but the biggest problem was Plant – Robert Plant dismissed a reunion on numerous occasions, despite the famous O2 gig in 2008. After all the drama, after discussions of going on without the man, after the dust settled and everybody chilled, out of the blue, Robert Plant shows up and says “Hey, I’m free, let’s make a reunion!”. Well those weren’t exactly his words, but that’s pretty much what he said.

Last week, Plant said he was waiting on his bandmates Jimmy Page and John Paul Jones in order to kick off the reunion, jokingly blaming their silence on the fact that they are Capricorns.

“They’re quite contained in their own worlds and they leave it to me. I’m not the bad guy… You need to see the Capricorns – I’ve got nothing to do in 2014.”

Jason Bonham, son of the band’s legendary drummer (who also played with them on several occasions and is the best option for playing drums in any reunion) wrote on his facebook:

Meanwhile, Zeppelin guitarist Jimmy Page is working on remastering a number of the band’s albums; he hasn’t released any official or unofficial statement on this issue.

What do you guys think? I’m psyched! I want, I want, I hope it’s not bulcrap, I want to see Led Zep… I’m gonna stop now. We’ll see how it turns out. Ok.