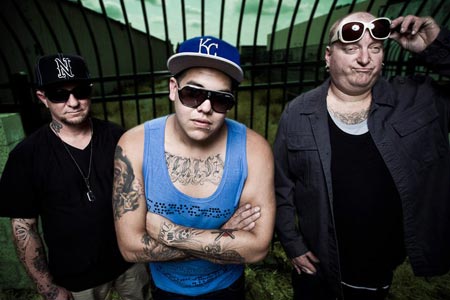 We here at ZME Music try to stay clear of any potential drama, but this is just too hilarious. Reportedly, Linkin Park have reported the band Sublime With Rome to the police for smoking marijuana; in case that wasn’t enough, Sublime With Rome were actually supporting for Linkin Park at KFMA Day in Tuscon Arizona. Frontman Rome Ramirez tweeted this after the incident:

Linkin Park called the cops on us and said that they were allergic to pot. cops came and took all our weed while we on stage. B**** s***

Of course, this caused quite a few giggles. Sure,  this may get you some points for being a model citizen, but you lose pretty much of your rock icon status. However, Mike Shinoda stepped in, and claimed that it wasn’t them who called the cops, it was probably somebody else acting on behalf of the band (which was out of line):

“LP didn’t “call the cops” on @RomeMusica smoking pot. Not sure where the rumor came from. Definitely not my style, bummer it happened.

“We were at a meet & greet when Sublime was on stage, not dressing room. Wouldn’t even know if there was smoke.

“If someone was ‘representing the band’ to the cops in the venue about weed smoke, they were out of line.”

Well, you know what they say – there’s no smoke without a fire, and cops don’t come to bust you for weed possession on stage unless somebody tipped them off. Yeah, I think that’s the correct saying.