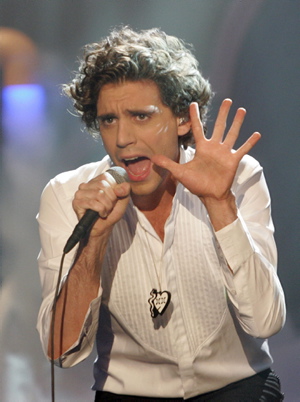 The BRITs, are the British Phonographic Industry’s annual music awards. This year they seem to be very interesting with nominees including Montreal band Arcade Fire, Toronto singer Leslie Feist and Vancouver crooner Michael Buble. That is just naming a few.

But overall the flamboyant singer/songwriter Mika, boy band Take That and Leona Lewis dominated the nominations. They all received four nominations and will compete in the Best British Album and Best British Single categories for the awards which are going to be announced in a ceremony hosted by Ozzy and Sharon Osborne on Feb. 20.

The Arctic Monkeys, Mark Ronson, Kaiser Chiefs and Kate Nash each have three nominations a piece. Lewis, winner of Simon Cowell’s British star-search show “X Factor,” is competing to be the Best British Female singer with Kate Nash, KT Tunstall, PJ Harvey and Bat For Lashes. She is also fighting against Mika in the Best British Breakthrough act. Also Paul McCartney is going to receive a special well deserved award for his contribution to music.