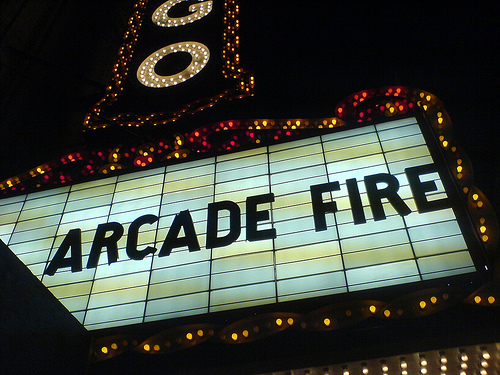 I think I’ve probably stumbled upon YouTube’s greatest gem yet, where today the entire hour and a half splendid Arcade Fire concert from last year’s Madison Square Garden performance (8/5/2010) was released. The full length re-broadcast is part of the UNSTAGED series and was directed by legendary film director Terry Gillam. I recommend you make yourself comfortable, joined by someone dear to you, and watch this right away. Yes, it’s very good!