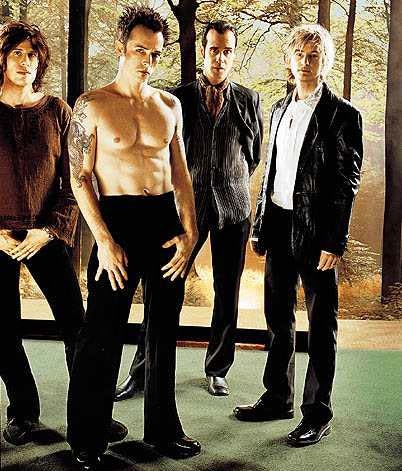 It’s official mates, STP are back together, and the Weiland saga continues. After a five-year breakup and nearly eight-year absence from the concert scene, Stone Temple Pilots will reunite for the North American tour.

Monday, the band members (Singer Scott Weiland, guitarist Dean DeLeo, bassist Robert DeLeo and drummer Eric Kretz) made the details of their North American tour public. The tour will include 65 gigs and it will begin in Ohio.

“The story’s not finished,” Weiland told The Associated Press. “There’s more to be revealed and more to be told.”

DeLeo said the band plans to record a new album after the tour, which is set to wrap in November. Their first live appearance after this reunion will be on Jimmy Kimmel Live!, which we eagerly await. Until that, here’s the tour dates: