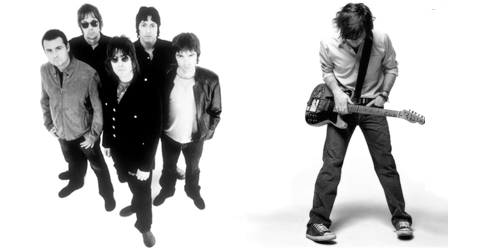 Is this the summer of vanity or what? Believe it or not ego-lords Oasis and master of arrogant hairdos Ryan Adams are teaming up for a joint tour, at the beginning of the summer. The dates have been mapped and apparently the two acts will be seen play through out the great white plains of Canada and a bit of the USA. Actually this is Oasis’ first ever Canadian tour and the first time the band will play live since 2006.

At the moment, Oasis are at work on their seventh studio album in L.A., but UK residents will hear Oasis-flavored tunes as soon as May 26. That’s the release date of the double-A-side Paul Weller single “Have You Made Up Your Mind”/ “Echoes Round the Sun”. Noel Gallagher co-wrote “Echoes Round the Sun” with Weller, and Oasis’ Gem Archer plays guitar and keyboards on it. Both of the songs on the single are from Weller’s forthcoming double solo album, 22 Dreams, out June 2. Dates after the jump.