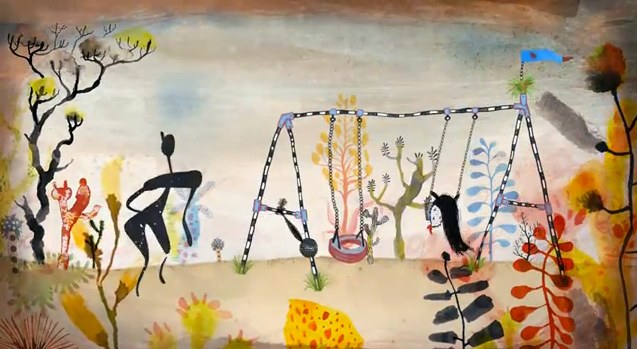 After the great success with the ever so catchy Somebody That I Used To Know, Gotye decided to release a video for another one of his songs from the same album Making Mirrors – don’t worry, odds are this one won’t be all over the radio. This is Gotye’s 3rd  album that was released on iTunes in 2011 and with all the bonus tracks, has 15 tracks.

Giving Me a Chance is the 10th song on the album, and the video, directed by Gina Thorstensen and released on 17 September this year, is an animated music video.

Maybe the song is not as catchy as The song which we shall not name, but it sure deserves some special attention, and the video does too, which from my point of view is very artistic, especially as it gives a new direction, showcasing more of Gotye’s talent.