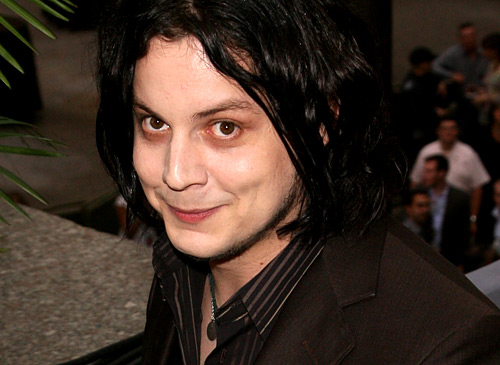 The ever occupied musician and producer, Jack White, recently had a chat with Spinner about his new album released this year with The Dead Weather, “Sea of Cowards“, his record label (Third Man Records), how ‘hits’ can’t be premeditated, his frustrations with the so called “celebrity status” and, of course, “internet cowards.”

The Internet thing kind of got blown out of proportion. That was just a comment I made as part of a bigger discussion on the word “coward.” The title came about because the lyrics on the album had a lot to do with cowardice. It was an idea that kept on popping up when I was listening to the mixdown. I was explaining to Alison [Mosshart, Dead Weather singer] that since a lot of the themes of the songs are about cowardice, maybe we should have the word “coward” in the title of the album.

Later, we were having a conversation with some journalist about the way the Internet breeds cowardice nowadays — how everyone has a fake name, no one shows their face, everyone is extremely judgmental, extremely harsh to each other, commenting and blogging all this stuff. The world is their oyster now, they can type whatever they want, and they don’t present themselves as a human being, they present themselves as an avatar and as a screen name, and that’s cowardly.

We wouldn’t waste our time writing about the Internet.

I couldn’t had put it better myself and we’ve had our own share of ugly little trolls here on ZME, although quickly put to rest. Read the rest of this very interesting interview with Jack White at Spinner.