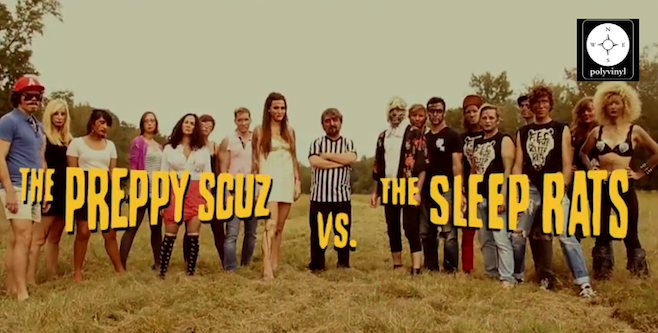 Of Montreal are freaking awesome sometimes – and yep, you got it, this is one of those sometimes. The new video, Sails, Hermaphroditic was directed by main man Kevin Barns wife – Nina, and Kevin describes it just right:

“Two rival gangs, the Sleep Rats and the Preppy Scuz, meet in a bull pasture in the deep south to compete in a football game. The game quickly devolves into a violent bloody rumble. Through out the game people occasionally lose themselves in a psychedelic sexual reverie. Eventually the battle is broken up by a gonzo performance by the legendary Newcastle hair-metal band Moat-er-Wilde.”

Watch it at your own risk, but beware of mild nudity and violence.