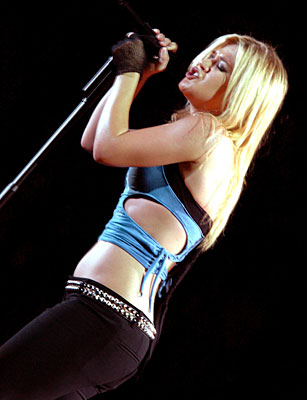 There are not so many things Kelly Clarkson did this year. That is Aside from the widely reported tete-a-tete with legendary music executive Clive Davis over her new album My December.

She fired her manager, Jeff Kwatinetz and the planned North American summer tour was axed. She claims that “I think it has been a fabulous creative year for me, but at the same time I think it has been a testing of my patience in some areas,” Clarkson said this week, upon the release of her third album. “I think it has been one of those years where it’s like a revelation. You’re like, ‘Okay, cool. I think I’m getting what I need to do now’ — surrounding myself with the right people and making decisions on happiness rather than for any other reason.”

The weight has been taken off her shoulders with the album now out in stores and she is waiting to notice how people react to the album. There are parts of the album which were changed as Davis reportedly asked the singer to change parts of the album, fearing a lack of hit singles would result in low sales. “I was like, ‘Dude, I’m telling you! No they’re not all like Since U Been Gone but these are good songs.’ With this record it was like, ‘Oh, we don’t hear any solid hits on here.’ Well, they never do! It’s not that much of a surprise. It’s not their job to write it, or to necessarily believe in it, it’s their job to sell it.”.

The singles Sober and the rather vitriolic Never Again are the hits and she managed to get that cohesive album she said she wanted so much. There were also many tracks cut from the final and she said that letting go of a song isn’t too difficult for her. Clarkson and Beck teamed up for a cover of Patty Griffin’s Up To The Mountain during the American Idol benefit special Idol Gives Backearlier this year. She says she was quite impressed by Beck’s playing style. “He’s ridiculous on the guitar, let’s be honest,” she says. “It’s so bluesy and heartfelt. It almost sounds like a singer. When a guitarist can sound like a singer with their guitar means they’re amazing, to me. They sound as if it’s someone almost crying out to you. I was very flattered that he wanted to be a part of that.” She has grown a bit as an artist but she did not reach the peaks she was musicaly aiming at.