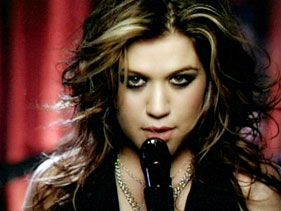 While pondering the best albums of the decade for ZME, it occurred to me that I should also consider discussing the decade’s best songs. I’ve certainly been making a list of the best of the 2000’s in my head for some time now, and I finally have an outlet for those thoughts. That said, I’m not going to bother with an actual ranking of these songs in the coming weeks for three reasons. Primarily, I’m simply too lazy. Also, I have to rank albums year by year so I don’t have enough time to do this right. Finally, I don’t want a song’s ranking to get in the way of what I actually have to say about it. But mainly I’m lazy.  With that introduction, let’s get to the reason you’re reading this.

Since the show’s inception, I’ve stated verbally and in print that I hate “American Idol.” Hate it. It’s one of the main reasons music critics like me despise modern pop music. That said, it’s entirely possible that Ms. Clarkson would never have had the opportunity to record “Since U Been Gone” and make it the decade’s ultimate pop song without the show. So perhaps it isn’t all bad.

“Gone” is one of very few perfect pop songs released in the last ten years. (That title – especially the ‘U’ – irks the shit outta me, but it’s only a title.) This should come as no surprise, considering its co-writer is Max Martin, a man who’s so adept at creating one flawless pop song after another that it’s practically like breathing to him. But “Gone” is special within the Martin songwriting discography. It’s special because it’s the finest song with which he’s ever been involved. The chorus alone is better than anything found in “I Want It That Way,” “…Baby One More Time,” or “Tearin’ Up My Heart.” To be sure, it doesn’t hurt that Martin’s co-writer is Dr. Luke, behind hits like Katy Perry’s “I Kissed A Girl” (which Martin also helped write) and Avril Lavigne’s “Girlfriend.”

It’s also noteworthy for Martin, Luke, and Clarkson because it marked a distinct change in sound: rock. Clarkson’s debut was a modern pop record with very little – if any, really – rock garnish. Martin and Luke only had experience writing a rock song once apiece: Martin’s co-write of Bon Jovi’s “It’s My Life” and Luke’s co-write of Daughtry’s “Feels Like Tonight.” This was relatively new ground for the trio.

But let’s not forget the heart of the song: Kelly’s vocals. With the way she delivers the chorus, you’d think that she had just ended a relationship herself. Her committal to “I can breathe for the first time/ I’m so moving on, yeah yeah” is so believable that either her ex is a total prick or she’s deserves an Oscar nom. Then during that very same chorus, she switches from the hurt lover to pragmatic woman: “Thanks to you, now I get what I want.” It’s a performance worthy of an award that doesn’t exist yet.

And it all worked. The forward-looking breakup lyrics, the music, Clarkson’s vocals, it’s all heaven. It’s hard to choose the principal reason that “Gone” works so well which is proof of the song’s exquisite quality. But if I had to pick one I’d go with Clarkson’s multi-tracked vocals during the chorus, and especially the song’s climax. The only thing better than one Kelly is multiple Kellys.

[Unfortunately, embedding any copy of the  song’s video has been disabled on Youtube. You can find the best quality of it here.]