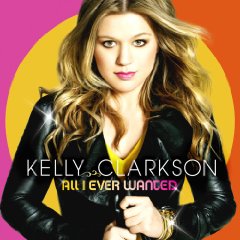 Well to sum it up pretty well, I’d have to say that this album, just as her previous releases, is made of pop rock that doesn’t suck; quite the contrary. Kelly Clarkson manages to put her lovable self into her songs and face it, that’s why we listen to her. Because if you’re not that indie bitch with a stick up her ass nose or the hip hop cool dude that’s too hot to listen to no white chick, the odds are you’ll end up liking some songs. Not loving most of them perhaps, but there’s pleasure here for everybody. Hell some metalheads I know dig into this every now and ever. This is due to her ability to cross over many genres and speak to people, regardless of their musical preferences or beliefs of any kind for that matter; she’s the girl next door gone famous, and she’s loving it without shoving it in your face. Still, it doesn’t reinvent the wheel and it’s the same old style, so you shouldn’t invent something that’s musically groundbreaking, unless you’re that girl who loved her every since she was on American Idol.

If this album had to be put in just a few minutes, those minutes would be “My Life Would Suck Without You”; the debut track that’s also the single shows you pretty much what lies ahead. With noticeable guitar parts and already familiar singing, you know what you’re in for. “I Do Not Hook Up“ is that song fans will be jumping at the most in concerts; it’s the upbeat in your face kind of thing that just sticks in your head and screams for an encore. “Cry” is perhaps the most demanding song vocally, with decent lyrics and overall giving a “deep-but-not-very-deep” kind of feeling. “Don’t Let Me Stop You” is another Kelly Clarkson in your face song, that’s basically saying “if you want me, come and get me, if not, just leave me alone”. Yeah, that sounded better in my mind.

“All I Ever Wanted” is her favorite song from the album, pretty similar to “Since you’ve been gone” (no surprises here. Now it’s hard not to get redundant here because I’d be saying pretty much the same things about all the songs, so I’ll just mention which ones stand out (not to say that they are better or something, just that they are a bit different). “Whyyawannabringmedown” is definitely something we wouldn’t be expecting from her and I’d definitely want to see Kelly get punkish more often. She doesn’t quite rip the floor with it, but she pulls it off pretty well. “Longshot” is just a bit different from the rest of the albums, and it’s a very clap your hands kind of pop.

Other than that’s there’s pretty few things that could be said about it, other than it shows a lot of growth with just a twist of variety. It shows us she has defined her position in the whole pop rock scene and she’s sitting quite good there, but she also hints that she could go in many more directions, and paves the way. My guess is that after establishing herself as an artist, she’ll try something a bit new, and she’ll make it too. Yeah, I trust her.