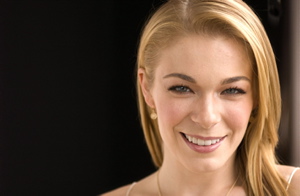 [tag]LeAnn Rimes[/tag] is a very talented singer and her voice is just breathtaking; it has wowed audience since she was just 13, when she made her debut with the hit album “Blue” and earned a best new artist Grammy in the process. But her work was not that respected.

That is until she released Family. The critics are not retaining themselves from lauding the music that sings about the well-publicized drama she had with her parents and about the love she has found with her husband of nearly six years, Dean Sheremet. This release is the first time Rimes has co-written every song on her album and she is doing this very good.

In a recent interview with The Associated Press she said something very interesting.

Rimes: It was finally time for me to write my own material because I have lived life now. As a 13-year-old girl starting out in this business, I’ve written my whole life but it was about very surface things when I was much younger. This time I felt I might as well dig into my own experiences and dig into those real emotions because I know I am not the only one who feels the way I do.

This is not coming from the celebrity that people think they know from what they read. This is coming from LeAnn the real human being, 25-year-old woman who has experienced a lot and has a lot to say. There are many things which could be learned from here. The most important thing is for the artists or wannabe artists who just forget where they came from or try to be somebody else than they are. The music should be true.