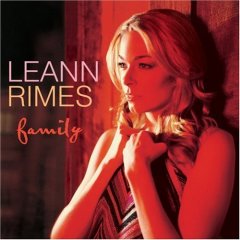 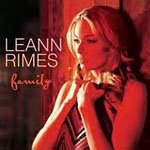 With this release she shows that she has grown up into a true artist that can sing loud and soulful. She has made the difference from a great voice and a great vocalist. She also shows that she is a true songwriter. Co-writing everything but the two bonus cuts previously released duets with Reba McEntire and Bon Jovi she wrote good tracks which talk about relationships.

The best tracks here are the autobiographical title cut and the sensitive ballad, “What I Can Not Change,” which shows another side of her voice. Since she started her career as a child her voice as become one of country music’s most recognizable and lovable voices today but she has some parte which she has not shown until this release.

“Fight” is where she shows a weaker side “I don’t want to fight anymore/ Cuz every minute that we fight is a moment we could be loving.”. Probably the most interesting track there is “Nothing Wrong.”. A collaboration with Marc Broussard keeps you listening this alt-country rock song. She also has duets with Bon Jovi “Till We Ain’t Strangers Anymore” and with Reba McEntire “When You Love Somebody Like That.”. The tracks appear in their records. “Pretty Things” is about shallow things and she dives in her soul. “One Day Too Long” is where she cranks up the bluesy vocals and rips apart the song. Something apart from what she has sang until this album.

The more mature approach to life in Family is probably caused by her marriage and her having a successful career in her early twenties. She now looks at it a different way. It is probably not going to be as big as This Woman or Whatever We Wanna because it is not so mainstream. That does not mean that it is not that good. It is a very good release which will please LeAnn fans and all country listeners alike because there is a bit for everybody here.