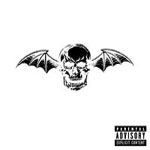 This is really confusing, unexplainable for any matter. Let me try to shed some light: what started out as promising metalcore venture, after gradually tasting mainstream success [tag]Avenged Sevenfold[/tag] has morphed into a hard-rock/punk/nu-metal act almost overnight. Their third album City Of Evil, was that particular transition point, drifting the band away from their previous metalcore material, to more radio friendly territory. I had really high hopes for a returning to the roots forth album, in the form of their just recently released self titled. Usually a band releases a album under the band’s name on it’s debut, but when a band titles its record by its own name after previously releasing LPs, it’s safe to say that they’re looking for a sound redefinition, a rebirth if you wish. That’s partly true with Avenged Sevenfold and its self titled release as well.

Avenged opens up promising with the haunting “Critical Acclaim,” kicking off in the band’s typical fashion with a epic phantom of the opera-like intro. Drummer, The Reverend, lends some vocals in the song’s chorus, backing up M. Shadows raucous voice. The song eventually progresses into some thrilling guitar solos, but which, however, are to plain and seem recycled from their previous work. It’s one of the few decent songs off the record; and it goes downhill from here on.

A point up, however, must be handed out to them for their more evolved songwriting, with evident maturer lyrics, primarily focusing on politics. I generally agree that political songwriting has kinda become a cliché, but it shows that they at least care a bit about the world revolving around them and it sure beats clumsy, teen oriented lyrics. “Almost Easy” is one of the most …well for lack of a better term, lame track of the whole album. It feels like it’s been put here, just to fill the gap between the more stand out songs; it’s very simplistic in nature, with a interesting riff in the beginning, but afterwards it slumps terribly, evolving utterly predictable. Oh and M. Shadows sings like he’s in a pop tune, wtf is this, Backstreet Boys?

“Afterlife” is one of the few interesting songs, opening up with a intriguing violin string, then cascading in some double Zacky Vengance/Gates guitar action, intertwined from time to time with violin stings; the chorus is very catchy as well, making this one of the record’s stand out tracks. “Gunslinger” is so downright terrible, I’m really having trouble describing how horrid this sounds. It starts off with a soft, sort of western sounding blues-oriented guitar par, then suddenly changing to alternative rock; extremely bad transition from melodic to loud. It sort of picks up at the 3 minute mark with the guitar solo, but this is already compromised song, nothing can save it now.

“A Little Piece Of Heaven” is really freaky and very experimental, it’s like nothing that band’s tried before, it’s something like Danny Elfman on dope. The song features a entire orchestra, accompanying the band and as a matter of fact they’ve put the band to shame, through their utter superior musicianship. Avenged could’ve gone somewhere with it, as some good ideas where buried deep within it, but sadly the band didn’t had the necessary will power or skill for that matter of fact, to make something out of it; the end result is another mediocre effort, spanning for way to long (like all other 10 tracks for that matter) at 8 minutes.

I feel like the band has tried to change their style to abruptly, it doesn’t resemble any of their previous work, I’ll give them a white ball for originality just because of that. While their willingness to experiment with their music is worth admiring, this isn’t a excuse for going overboard with it; you have to learn to draw a line eventually and they’ve crossed it.