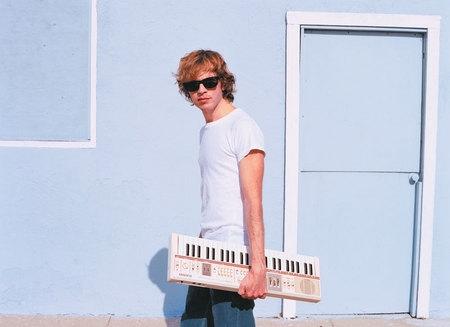 Things are more and more shaping up like Beck is gonna release his upcoming Danger Mouse produced album, “Modern Guilt,” in a Raconteresque, out of the blue manner, as the singer/songwriter recently unveiled his first single off the album (or is it the second?), the haunting, psychedelic-like “Chemtrails.” Our colleagues from Rolling Stone, after a short preview, said the album channels British rock of the 1960s and upon our first listen of Chemtrails we could immediately see what they were talking about. The neo-psychedelia that can be found in early 70’s Pink Floyd is very vibrant in this new single, packed with haunting keys and organs, with a lovely dash of distortion. So far we’re really digging it, Mr. Beck. Let’s just hope the upcoming album is just as good, which by the way will probably see the light of day sometime in June, so keep a sharp eye and ear. Chemtrails can be streamed a Beck’s website.

LE: Or you can stream the full single directly from ZME, bellow: