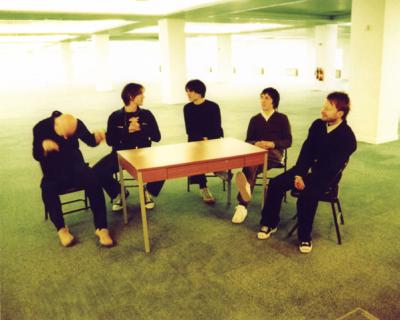 “We just had a meeting about that today,” said Greenwood on September 7. “We’re very relieved to have finished recording, now we have to decide what we should do with it.”

You can listen to a sample, containing studio bits from the forthcoming tracks, in this previous post. Time will tell when the new album will be released, but it won’t definitely happen during the remainder of this year, so it will happen some when in 2008.  The band is also label-less as their six-album contract with EMI, was concluded once with the release of 2003’s Hail To The Thief.