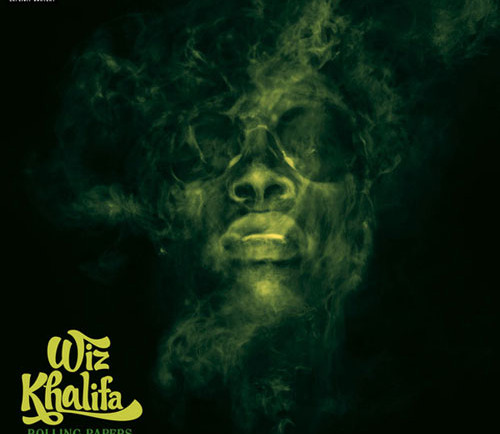 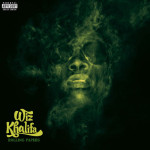 I’m about to defend a Wiz Khalifa album. Well, kinda.  For the few of you who haven’t navigated away, hear me out. WK is a an average rapper at best, no one – myself included – is going to argue that.  But the key to appreciating any song by him is to understand that he makes pop-rap.  More specifically, he makes great pop-rap. He’s a talented songwriting insofar as he’s got a gift for writing sticky fucking hooks.  And this goes beyond the mega-hit “Black and Yellow” (more on that later).  But catchy doesn’t equal quality, a point I’ve argued ad nauseum. To appreciate any part of Wiz’s major label debut, Rolling Papers, is to understand the simple fact that Wiz’s entire existence is predicated upon creating the simplest of melodies and hooks you repeatedly hum the next day.  That’s it, there’s nothing more to comprehend.

It’s an important distinction between his work, say, Britney Spears’ last few singles.  You see, Khalifa’s hooks aren’t crafted in a lab the way that “Baby One More Time” was.  Or, for that matter, “I Kissed A Girl” as a more recent example.  But they’re not supposed to be the test-tube perfections those two number ones are, either.  His, let’s call them, rap jingles are meant to bounce around in your head all day.  “Roll Up,” for example, features a hook so addictive you’ll be singing it the first time you hear it.  Part of that is the ascending synth-wash production of StarGate, the same producers behind “Black and Yellow.” “No Sleep” has a (very) similar soaring, bubbly synth that might burrow into your subconscious.  All that said, it is also important to note that the melodies and hooks are lazily written.  They are catchy, sure, but nothing complex or worth hearing more than two or three times.  Simply put, there is no indication anywhere on Papers that WK is going to be the next Skylar Grey.

Which brings me to the lyrics.  In one area – and one area only – does Wiz Khalifa excel at lyricism: the simplistic rhyme scheme.  He opens “Black” with “Black stripe, yellow paint/ them niggas scared of it but them hoes ain’t;” he brags “Self-made, nigga, well-played/ I’m on a plane drinking champagne and lemonade/ You try and copy what’s been done, I’m trying to innovate” on “Rooftops;” and, perhaps the closest Wiz has ever come to sounding like a sixth grade poem, he promises his girl on “Roll Up” that, “Since I met you a couple months ago you ain’t been the same/ Not saying I’m the richest man alive but I’m in the game/ As long as you keep it 100 I’ma spend this change.” Really, the best simile here – which is like the saying the smartest joke on “Two and Half Men” – comes from “Wake Up” where Khalifa states that he’s “seen niggas fold like paper.”

But, in the end, to merely cast Wiz Khalifa aside for being a less-than-stellar songwriter – or rapper – is to miss the point.  He’s not in this to be the next demigod wordsmith (Lil’ Wayne), the next great storyteller (Ghostface Killah) or even to be the next King Midas pop songwriter (Dr. Luke and/or Max Martin).   No, WK just wants to make a few hits, get his cash and smoke some weed.  If he happens to inadvertently lower the bar on what it is to be a “professional” songwriter, so be it.  All things considered, what’s more American than that?