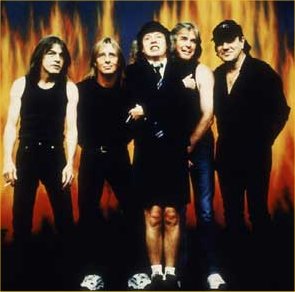 Australian legendary hard rock icons AC/DC haven’t launched a new album for 7 years (even more when I stop to think about it), and despite this, they’re still on the lips of a huge army of fans. They’ve done so much for rock, but certainly they can do oh so much more; and what better way to do this rather than to release a record?

“God, I’m ready,” bassist Cliff Williams said. The band will hit the studio March 1st. Also, Williams claimed he doesn’t listen to his own stuff that much, and he even doesn’t recognize some of his old music!

“‘Down Payment Blues,’ ‘Live Wire’ — I dig a lot of the old stuff,” he says. “It’s amazing. We look back on old albums — look at tracks — and I don’t remember the tracks from the title. But those two songs I would love to play.”

This sounds pretty strange, but that’s probably how a rock star lives his life.

The bad thing is that aside from the long period of time without new music, there’s also been a period without live acts; and the plans for a tour are really shaky.

“If we go out again or when we go out again,” Williams said. “You just never know. We’ve been around a long time, so we’re going to get together and get in the studio and I fully expect we will [tour.]. I don’t mean to be so negative about that. [When] the last tour ended in early ’01, you’d see kids on their dads’ shoulders. And these kids were like 10, 12 years old. It will be tremendous to see that again. And it’s very cool — younger kids getting into older music.”