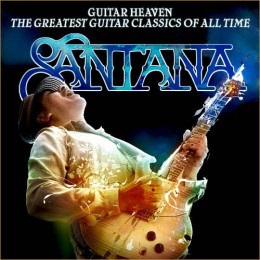 My appreciation for Mr. Carlos Santana‘s music goes far, far beyond words, and as such my respect for what he’s done for the scene and classic guitar rock in general. OK, I know you all feel a big BUT coming right up, so here it is …

A few months ago your favorite Mexican axe handler decide it would be a great idea to release a cover album of some of the greatest guitar rock classics of the last century, like Led Zeppelin, The Doors, Van Halen or The Rolling Stones. The problem isn’t in the instrumentation, which obviously Santana can very much handle minus/plus his signature style – it’s in the guest vocalists he decided to call. Chester Bennington for Riders on the Storm? Scott Weiland for Can’t You Hear Me Knocking? Oh and Nas for Back in Black!?!??

The Nas/Santana stint you can stream or download right from ZME below, but I gotta warn you, it’s not very pretty. It’s too fast, too loud and for freak’s sake it doesn’t got any kind of soul! I’m sorry, if the rest of the covers are played in the same manner, then I’m afraid Santana might just have killed some of rock music’s classics.

Check the whole post after the jump for Guitar Heaven: The Greatest Guitar Classics of All Time tracklist, which will be out officially September 21 on Arista Records.