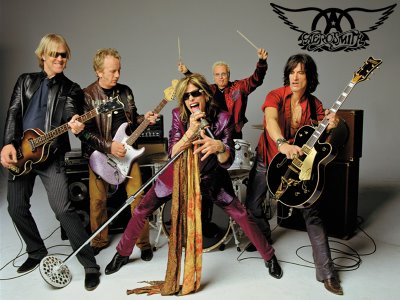 Well Joe Perry was the featured guest on Eddie Trunk’s “Friday Night Rocks” radio show on New York’s Q104.3 FM February 15. In case you didn’t catch it, you missed out. Joe talked about several things, from his son to a new Aerosmith album.First, he revealed that he is doing two shows with his sons’ band Tab The Band. They will play Aerosmith stuff, Joe Perry stuff, original stuff, covers, and much more. Sounds pretty great. These special shows take place at the Hard Rock in Boston on February 29 and Hard Rock Café in New York City on March 1.

We also found out that Aerosmith had an album in the making for a whole lot of time, but they hit dumps numerous times, so after these setbacks they decided they had to do things more seriously, so they’ll begin working just a few weeks from now. Great news also to hear that Aerosmith guitarist is feeling better than ever and he’s great to make a fantastic record!

He also gave some interesting insight about the chemistry of the band and the importance to have a lineup for a whole lot of time, or even the original lineup. He said that he understands why Eddie Van Halen would want to play with his son, but he doesn’t understand why they would not have had Michael Anthony back in Van Halen when a reunion was sooo close and they could finally make peace with David Lee Roth.