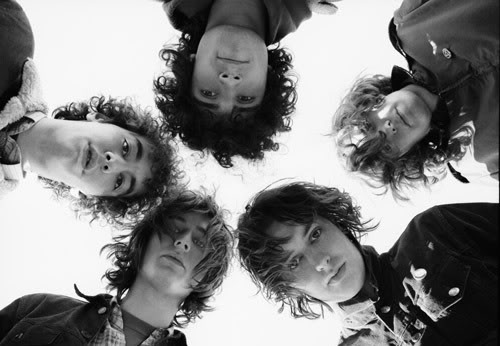 Between so many solo projects by each of The Strokes‘ band members, it seems like their new album is the one left to suffer the most. There’s been so much talk and speculating around it, that I, for one, don’t even know what to say, or write for that matter, anymore. It’s almost the beginning of November, and there’s still no word regarding it. All we know is that the band is still recording, and will probably get finished and released sometime next year. This not only making me uncomfortable, but also very skeptical, since it’s pretty clear things aren’t going in the right direction. The band only meets in the studio, there’s no communication between the members at all and let’s not forget everybody has their own thing now, most notably Julian who’ll have his solo debut, “Phrazes for the Young”, released next week.

“There is a disagreement as to whether the songs are ready. Some of the band think they are and others don’t. I’m somewhere in the middle”

“The problem is getting us together. We’re scattered everywhere, and apart from when we’re rehearsing we don’t see each other. We’re not like people who go to the movies together.

“It’s weird with the band, a band is actually a great way to ruin a friendship.” said Julian Casablancas in recent interview for The Sun.

Oh, well. We’ll have to wait and see what happens then. Thoughts?