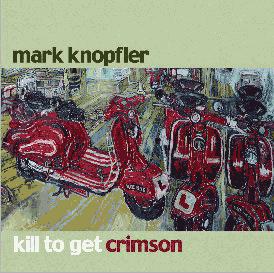 Mark Knopfler, renowned guitarist, singer and songwriter, most known as the frontman for the English rock band [tag]Dire Straits[/tag], is set to release his fifth solo album Kill To Get Crimson on September 18, via Warner Bros. Records.

Recorded in Mark’s own, purpose-built studio, British Grove in West London, Kill To Get Crimson contains selected traditional instrumentation as well as the more usual guitar, bass, drums and keyboards. Featured players include accordionist Ian Lowthian, with whom Knopfler played on the soundtrack to the 2002 movie A Shot At Glory, Guy Fletcher, long-time collaborators keyboard player ever since the Dire Straits days and fiddle player John McCusker, perhaps best known for his work with Kate Rusby.

The tracks are true Dire Straits classics, soft country rock songs with Mark Knopfler signature vocals and guitar, a must have for all the old school fans.The first singles will be Punish The Monkey (US single) and True Love Will Never Fade (UK).