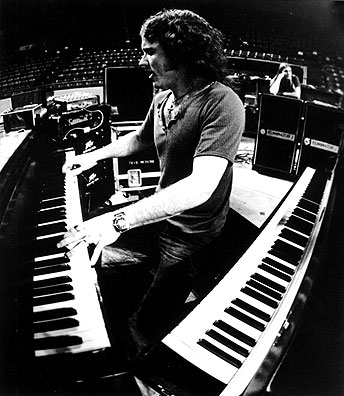 This just came in – Billy Powell, long time keyboardist and key player for the hard rock Southerners, Lynyrd Skynyrd, was found dead recently, in his Jacksonville, Florida residence. Death struck him at the venerable age of 56.

Tour dates that were up ’till now scheduled for the upcoming months have been canceled and the following has been posted on the band’s website: “A Great Loss — Beloved Pianist for the Lynyrd Skynyrd Band, Billy Powell, passed away last night. We will post more info shortly. The family and band request your respect and understanding during this difficult time. Thank you.”

A great loss, indeed, and considering the death of another rock legend, Ron Asheton, The Stooges former guitarist, this has been truly an unfortunate month.

Powell grew up in Texas, where he began playing piano at an early age. He became a roadie for Lynyrd Skynyrd in 1970, when the band had gone through a number of name changes including the Noble Five and One Percent. Eventually, Powell had been promoted to keyboardist and was finally seen as a true member of the band, after helping with some compisition work as well. The Southern rock group went on to enjoy considerable success throughout the mid 70s after scoring a smash hit with their 1974 song Sweet Home Alabama. However, a plane crash in McComb, Mississippi in 1977 killed singer Ronnie Van Zandt, guitarist Steve Gaines and manager Dean Kilpatrick, leaving Powell with severe facial injuries. The remaining members of the band reunited in 1987 with Johnny Van Zandt, brother of Ronnie, as singer, and Lynryd Skynyrd were inducted into the Rock and Roll Hall of Fame in 2006.