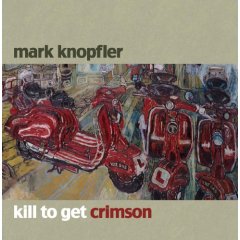 For what concerns music history it’s just hard to talk about [tag]Mark Knopfler[/tag]. But when you think about it is harder not to talk about him. The man is a living legend and probably even more important is that his spirit is so young. He is a distinguished member in the select club of the artists who can deliver several albums without dropping their standards. He has a somewhat changed style from the golden days with [tag]Dire Straits[/tag] and there are no guitar sonic textures within this album.The album itself is not astonishing at first. It is that kind of album which has to be listened several times until it gets under your skin. When it does so it is just not possible to remove it from there.It sounds somewhat like Ragpicker’s Dream. The kind you listen to during rainy days or a trip or just when you got the blues.

His trademark guitar style and voice make the album sound like a story your grandfather was telling you when you were just a kid. He creates a world and paints it with colours and metaphors. Just look at the title. Also there are Celtic and Scottish influences which mingle with the folksy style and the bluesy feel. It is certainly not a comedown from his previous works. It is a lot slower than other albums he has released but it is also calming and soothing. A very English album; much like a painter filling the white parts in a painting the singer fills every bit he could with soaring guitar and husky voice. He is a balladeer.

There are no tracks which stand out; no star tracks and just other tracks to fill out the album. There are just handful of great songs taking you away from the modern day life. Most of them tell a story; probably an autobiograhy of the 60’s in the true Mark Knopfler way. It begins with ‘True Love Will Never Fade’. This is quintessential for this album and for his whole singing decades. It is a love song. Stunning lyrics and charming musical performance. (I wonder if there’s no forever/No walking hand in hand/Down a yellow brick road/To never never land/These days I get to where I’m going/Make it there eventually/Follow the trail of breadcrumbs/To where I’m meant to be.)

Lush and lovely from the start to the end. After that you hear the ballad of an aging spouse with ‘The Scaffolder’s Wife’. An unheard drama from a point of view ignored by most. Knopfler drifts into the Celtic-tinged melodies of his past with ‘Heart Full of Holes’ but also in a Scottish folksy kind of way. Then it may appear like he gets out of the british mood to sing in the american way he did for decades with ‘We Can get Wild’ but that is just an impression. He does not stray away from the style in the previous tracks. Lyrics are optimistic. ‘listen now right here, it is gonna be a beautiful year’- we can get wild. This is just good for the soul. No doubt about that. For a trip down memory line you get ‘Secondary Waltz’. The dance lesson for the school Christmas party. That may sound familiar. ‘Madame Geneva’-writer of ballads is astonishing. The songwriting just has no flaws.

The other tracks are not weaker. There is not a single track which has a lower level than the others and the level is very high. But it is hard to talk about them. You have to listen to get in that mood and then your heart will just take over. Because the songs are not ment to be just heard. They are meant to be felt. To listen to the album would be no good; you have to let yourself carried away in the majestic yet humble world that Mark Knopfler creates.

So the swing has now become waltz and about half of the songs on Mark Knopfler’s “Kill To Get Crimson” are in 3/4 or 6/8 time which means that he has moved to a different level. He does not want to sell albums to the masses. He just sings what is within himself. The bad thing is that there are not any ground breaking guitar performances. Obviously the aim is directed at the songs not at the guitar playing but he is among the best guitarists of his generation and he is able to deliver stunning performances. That may be cause also by the 3/4 beat. But there are some nice bits with flutes and he even sings about polkas.

The album is a gem. A must have. Staying at home with the bad weather outside is just great while listening to this album; and you can notice some of his ideas hidden within the songs. Like in the fascinating “Secondary Waltz,” which is about a boxer who reminisces about childhood dance lessons in gym class he says “One-two-three, two-two … we’re all a disgrace.”. So there is no doubt that it is hard to talk about Mark Knopfler and his albums. But it is even hard to stop talking about them. That is how good they are.