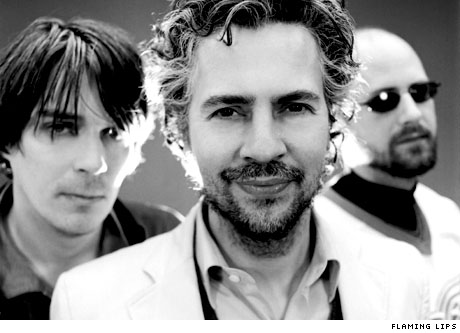 Few bands can be labeled as a must see live band, I know i have my personal list, there’s [tag]Muse[/tag], there’s [tag]Arcade Fire[/tag], there’s [tag]The Rolling Stones[/tag] and of course no list of this sort can be complete with out [tag]The Flaming Lips[/tag]. World renowned for their live sets, The Flaming Lips can be seen on shows in a vendor near you, as part of their upcoming US fall tour. The tour will kick off in Chicago’s Aragon Theater, after which their play a string of gigs all across the US, before finally reaching upstate on their last show at Atlanta, where they will be playing the Echo Project Festival. Check out The Flaming Lips Myspace for some streaming.