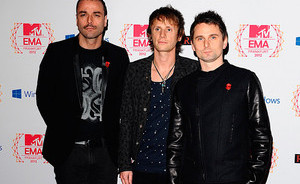 Muse have announced they will be live streaming their forthcoming gig at London’s O2 Shepherd’s Bush Empire.

The concert will be streamed for free and anyone can watch it here – a much needed and hailed iniative, especially considering how tickets for the gig were sold in just under three minutes.

The band will take to the stage at the 02 Shepherd’s Bush Empire on February 18, with special guests yet to be announced. The concert marks the 20th anniversary of the War Child charity, which is receiving a special recognition award at this year’s Brits. Muse’s Matt Bellamy said in a statement:

“We are proud to have a continuing association with War Child, who have been doing amazing work over the last 20 years. It’s great to see their efforts being recognised at this year’s Brits and we are really looking forward to playing this special show for them.”