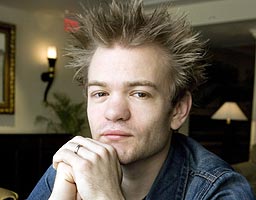 In their homeland. They may be underclass, but [tag]Sum 41[/tag] are heroes in the eyes of a few Canadians. The band’s fifth studio album, “Underclass Hero,” topped the Canadian album charts this week on unremarkable sales of just over 9,000 copies, Nielsen SoundScan reports.

This is the first album they made without the guitarist Dave Baksh. They are doing fine in the U.S. where they are at No. 7, selling 45,000 copies.

The people from Canada mostly have charts which resemble the charts from the european continent so it remains to be found out how big the Sum 41 impact is bound to be.