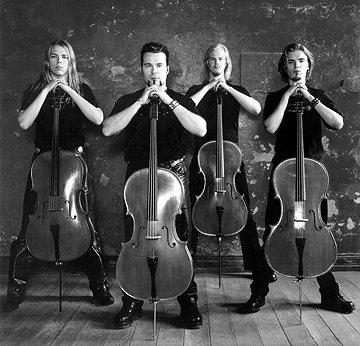 The Finnish quartet has delighted us once again with another great video: “I Don’t Care“. This time, they worked with Three Days Grace frontman Adam Gontier, which also appears in the clip. The video can be watched here.

But if you think this is the only thing they’ve been up to, you’re really wrong. They enlisted the help of Fuel frontman Toryn Green to handle the lead vocals for their North American tour, which began on April 11 and concluded on Monday (May 19). At first, they started with vocalist Johnny Andrews, who co-wrote 2 songs (“I’m Not Jesus” – their current single, and “S.O.S. (Anything But Love)”).

However, he was dismissed after just a handful of shows, despite the fact that both tracks appear on their newest album, “Worlds Collide“. Other appearances on this album include Slipknot/Stone Sour frontman Corey Taylor, Lacuna Coil singer Cristina Scabbia, drummer Dave Lombardo from Slayer and vocalist Till Lindemann of Rammstein.

Whatsmore, Cristina Scabbia has confirmed that she will perform with Apocalyptica at this year’s Download festival on Sunday, June 15 at Donington Park, Leicestershire, UK. She will sing “S.O.S. (Anything But Love) – a truly epic ballad.