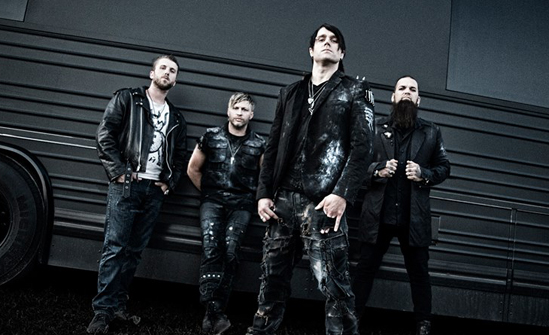 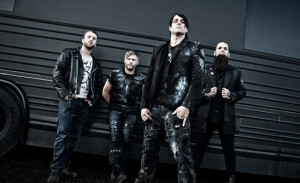 The Canadian rock band, Three Days Grace decided to reveal their newest single, Painkiller. Also this song is the first to be recorded with the band’s newest singer,Matt Walst from My Darkest Days, which was confirmed a couple of days ago, to be the official member of the Three Days Grace.

Talking about how he became the band’s frontman, Matt Walst says that:

I am very excited to have the opportunity to share the stage with my brother Brad and the rest of the members of Three Days Grace on their Transit of Venus Tour. As most of you are, I was just as shocked as you to find out about Adam’s departure from 3DG. When asked, I was unsure at first as Adam, Brad, Neil and Barry have all been such huge influences on my life musically and personally. After some thought and a few sleepless nights I accepted. It has always been a childhood dream to share the stage with my brother and I get that opportunity on this upcoming tour. Adam is an amazing Singer, Performer and Role-model and all I can do is try and fill some enormous shoes. I wish him well in his recovery and hope to see him grace the stage again soon.

We are happy to announce that Matt will be a part of Three Days Grace. Matt has been on the road with us, and has been writing with us since 2003. Bringing Matt into the 3DG family is a no-brainer…he’s always been in it.

You can check out the song below or also purchase it from iTunes. Enjoy it!