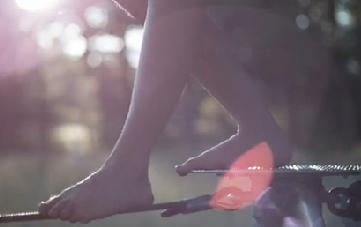 Taken by Trees: My Boys

I told you all about Victoria Bergsman’s cover of Animal Collective‘s smashing early ’09 hit “My Girls”  about a month ago, when I first published a post about the track. Now, it seems Taken by Trees’ “My Boys” also has a video, albeit a very simple one and a bit counter-intuitive in its theme. It features Victoria strolling gently through a field and … tightroaping. I was expecting something more jumpy and thrilling if a video was ever to arise for the song, but I guess this should do it, too.

East of Eden, Taken by Trees’ latest album, is out now via Rough Trade.