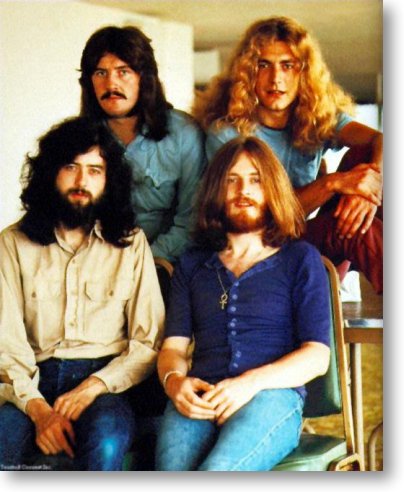 [tag]Led Zeppelin[/tag] fans around the world were ravished, when the band announced they had to postpone their long awaited reunion gig, due to Jimmy Page‘s broken left small finger. Hotel reservations, plane tickets and other were lost, but now fans have a new reason to rejoice: Led will play one of their old songs that hadn’t been played live before, ever!

When talking about the band’s pre-reunion show rehearsals,  guitarist Jimmy Page said they’ve been practicing a never before played song; wanting to keep it all a surprise, Jimmy only pointed out that it dates from between 1968 and 1980. Their discography spans from 1969 to 1979, so yeah that was really helpful Jimmy, thanks! Furthermore he describes the song as “a really intense number.”

“There’s one number that we rehearsed, I assume that it will make it to the Dome, that we never played at any point in time,” he told Reuters.

Rumors have it that “For Your Life” from Presence, is the mystery song, as far as I know and researched, the song hasn’t been ever played live, so it’s definitely a serious contender.  Jimmy Page is still recovering from his broken pinky, due to a gardening accident, but organizers say the 10 December show is as good as nailed to the ground. Any thoughts on which song they’ll play in the O2 Dome ?

In other news, Led Zeppelin have released a brand new website, that features timeline section, a database of all the band’s gigs, that fans can add their own reviews and pictures to, a fan forum. The site also includes information, photos, official merchandise and audio-visual media, including interactive rare tour programmes, and a discography. The brand new website is probably a response to the recent Mothership retrospective and digital catalog reissuing.