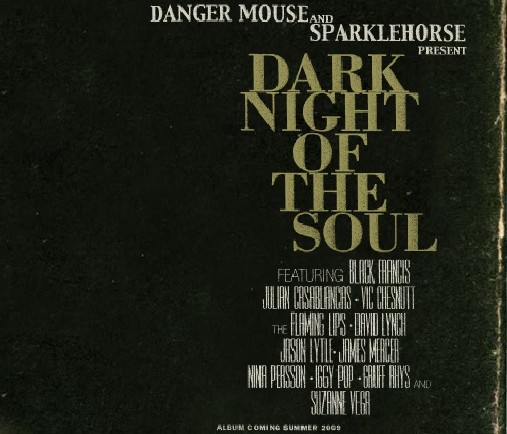 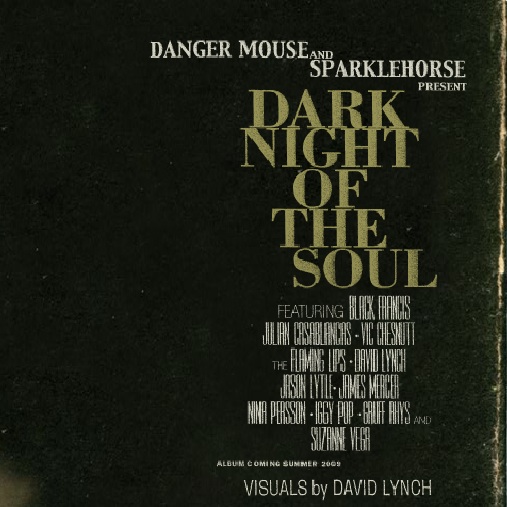 I first met Mark Linkous after I released The Grey Album in 2004. His manager played him my album and told him that I was a Sparklehorse fan, so he took an interest. We began working on Dark Night of the Soul in 2005. It became obvious that both Mark and I wanted to write songs that were melodically out of our range, or at least just not within the realms of what we could bring as performers, so we thought about who would be right for each song. – Dange Mouse speaking about working alongside the late Mark Linkous of Sparklehorse

“Dark Night of the Soul“, the record written and produced by Danger Mouse and Sparklehorse, features James Mercer of The Shins, The Flaming Lips, Gruff Rhys of Super Furry Animals, Jason Lytle of Grandaddy, Julian Casablancas of The Strokes, Frank Black of the Pixies, Iggy Pop, Nina Persson of The Cardigans, Suzanne Vega, Vic Chesnutt, David Lynch, and Scott Spillane of Neutral Milk Hotel and The Gerbils. The album will be released officially next week July 12 – it will also be joined by a 100+ page book of photos taken by David Lynch for the limited edition release of 5000 copies. You can stream this incredible album down at the Guardian.