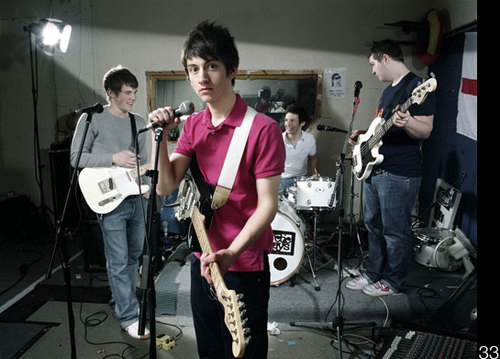 Arctic Monkeys drummer Matt Helders has clearly indicated that the band will release their new studio album this year.

It’s been two years since Arctic Monkeys released their last effort, 2011s ‘Suck It and See’, and fans are already eager to hear more from the Brits. Asked what he has been up to recently, the drummer said:

“I have been in the desert… with motorcycles. Not with Josh [Homme], no. The band’s just been working together, the band working on our own so far, writing and stuff.”

Asked about how the album would sound like, Helders simply replied: “2013”. However, no further details were released, and it’s still not clear exactly when it will be launched:

Previously, frontman Alex Turner has hinted that any new material is likely to be heavier and louder than before, inspired by the success of their 2012 single ‘R U Mine?’