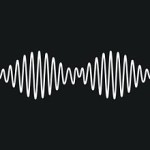 When the Arctic Monkeys arrived on the scene in the mid-2000s, few must have pegged them to make it this far. Cursed with extraordinary hype from the music press, the band seemed destined to follow the paths of the many similarly-hyped bands that preceded them. Fellow Brits The Libertines fizzled out after two albums while The Strokes have been unable to recapture past glory and have seemed on the verge of a breakup since the release of their third album in 2006. The Arctic Monkeys on the other hand have been steadily making good music and have now, with the release of AM, released as many albums in seven years as The Strokes have in twelve. While their first two albums have remained their most popular, the Arctic Monkeys have been working to expand their horizons and have mostly left behind the fast, punk-ish sound of their early work. Starting with their third album, Humbug, and continuing on their fourth, Suck It And See, the band have been developing a more mellow, mature sound than that found on their first two LPs. Yet, the band’s development has not been without growing pains. Humbug lacked standout tracks despite being solid throughout while Suck It And See had too many average songs to be considered great. However, AM is where the band finally makes good on the promise of those two albums. Unlike the aforementioned bands, Arctic Monkeys have finally made and record that stands tall among their first two. While it may lack the spark of their early work, AM is the most consistent and satisfying Arctic Monkeys album yet.

The album opens with the one-two punch of singles “Do I Wanna Know?” and “R U Mine?” Despite containing similar-sounding riffs, both of songs rock and are among the highlights of the album. Backing vocals are prevalent on many songs on AM, and such is true with the great third track “One For The Road,” which features none other than Josh Homme of Queens of the Stone Age backing up Alex Turner. After this comes “Arabella,” and although the riff in its chorus apes Black Sabbath’s “War Pigs,” it’s another fantastic track. The glam-rock inspired “I Want It All” keeps things moving along before we reach the album’s first ballad, the ironically titled “No. 1 Party Anthem.” Another slow track, this one entitled “Mad Sounds,” follows. While both songs are solid, “No. 1 Party Anthem” leaves a stronger impression. “Fireside” picks things up from here and is one of the standouts on the album. A driving drumbeat propels the song forward, and the backing vocals are a great touch and add a lot to the song. “Why’d You Only Call Me When You’re High?” is the album’s ninth track and most recent single (as a side note: AM must be one of the only albums to ever feature three singles whose titles are questions). The song contains a pseudo-hip hop beat is one of the strongest tracks on the album. “Snap Out Of It” is a nice song with a catchy chorus but fails to stand out. Josh Homme adds more backing vocals to “Knee Socks,” the penultimate track on the album. AM closes with “I Wanna Be Yours.” Like most other tracks on the record, “I Wanna Be Yours” memorable lyrics from Alex Turner, and the song is a great closer.

The Arctic Monkeys have come a long way since the release of their debut album “Whatever People Say I Am, That’s What I’m Not”. While that album and its follow-up “Favourite Worst Nightmare,” have remained the band’s most beloved albums and the centerpieces of the band’s legacy, the Monkeys have been unwilling to stand still and replicate the sound of those LPs. Now, with AM, the Arctic Monkeys may have finally found a new sweet spot. While the new album is very different from those albums, it’s just as good, if not better. If the band keeps growing as it has these past few years, you can bet that the best of the Arctic Monkeys is yet to come. For now, just enjoy AM, a great album by a great band.