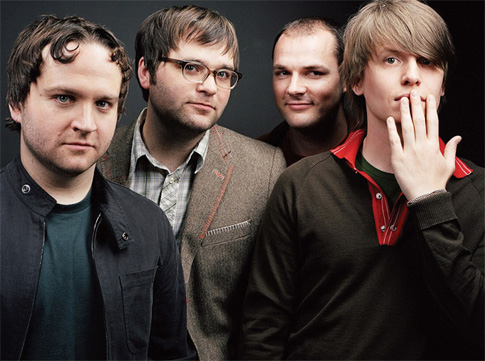 I’ve been really digging Death Cab For Cutie‘s latest studio effort, Narrow Stairs, a very diverse record, with a lot of sound layers and a somewhat, new musical direction, as the band treads deeper into darker territory, a lot darker then anything DCFC has put out. All the songs are pretty awesome, with a personal emphasis for their first single, off the record, the stalker-like anthem, 8 minute long epic “I Will Possess Your Heart.” Pretty brave of Death Cab For Cutie to release their single in the form of such a long rocker, with the first 5 minutes packed with a bass dominating intro, before finally progressing into the vocal and more melodious part of the song. Nonetheless, it’s an awesome song. Narrow Stair is out now via Atlantic Records.