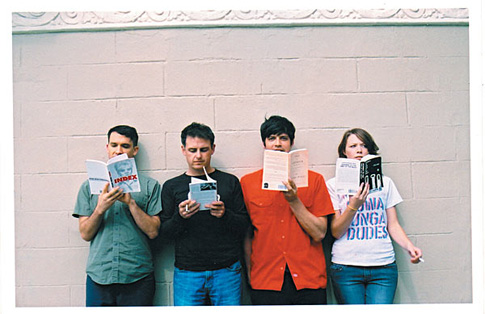 Right on the heels of their recently completed European spring tour and newly released album, the San Jose quartet Xiu Xiu are gearing up for yet another tour, this time in North America for some  mid-summer performances. The tour will start up in  mid August in the sunny California, after which the band will be traveling through out the country, playing venue after venue, before finally returning to California, San Fransisco, some time in September.  On tour, the group will be sjoined by Carla Bozulich’s Evangelista, righteous racket-maker Prurient, and Common Eider, King Eider, the new project from former Deerhoof member and frequent Stewart collaborator Rob Fisk.

Dates and venues, right after the jump.