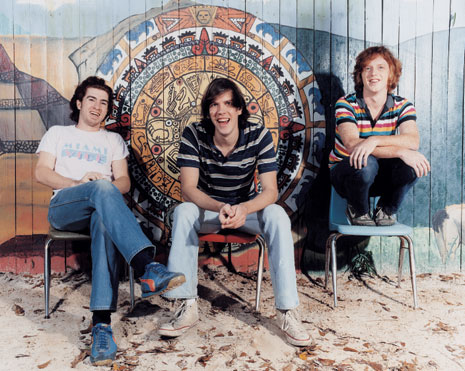 A few weeks ago The Whigs gave away the infectiously catchy title track off their upcoming new album, “In The Dark“, as a free digital download on their website. The same thing happened today as well, when another song off the Athenian trio’s new album was put out for free download. The new song is titled “Hundred/Million” and follows a less radio friendly approach with respect to the title rack, with less emphasis put on chorus hooks. Download the song right now from the band’s website by subscribing to their newsletter or from bellow. [via YANP!]