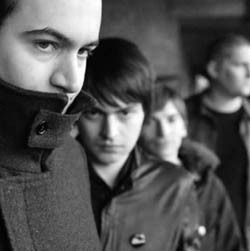 The top British rock band [tag]Editors[/tag] have mapped the dates for what seems to be a massive October tour all around the UK.

During the tour Editors will play a 2 nights in a row show at London’s Brixton Academy, featuring tracks from their UK number 1 LP “An End Has A Start”.