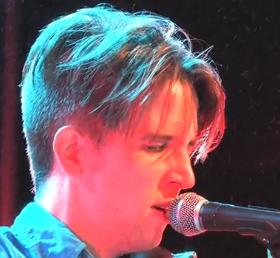 Epic weather went hand in hand with Owen Pallet’s (Final Fantasy) epic performance at the recent Hillside Festival in Guelph, Ontario, where the multi-versed talented musician delivered one hell of a show.

Interestingly enough, Owen played quite a lot of songs off his new and upcoming album “Heartland,” including “Lewis Takes Off His Shirt” part of the pack of new material. In the video bellow, you can see Owen defying nature, whilst playing Lewis Takes Off His Shirt, not willing to end his gig so abruptly. “Just let me finish this song …” he sais to a sound engineer who asked him to step down until the weather calmed down.

Apart from the evident badass weather, the song itself was incredible. Sadly, still no word on when Heartland will actually get released (it’s been pushed back repetitively over the past two years), but I’m pretty confident in late ’09, beginning ’10.