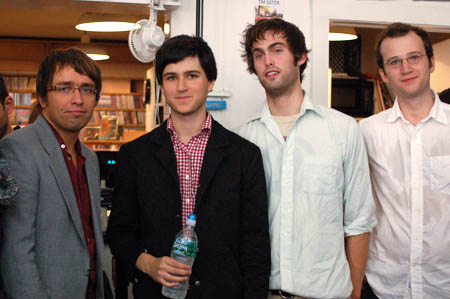 Everyone’s favorite afro-pop indie band (ahem, this generation’s Talking Heads) has debuted their new single on their official website.  You can stream it or you can download it just by supplying an email address.

The song isn’t any real departure from their eponymous debut, and, in fact, would fit rather well towards the end of it. The track’s bouncy nature, however, displays the band in a more forward-thinking manner, embracing the Remain In Light influences more than ever. Take that how you will. That said, much like anything on Vampire Weekend, the song doesn’t overstay its welcome as it pushes the simple, yet irresistibly catchy melody deep into your brain so as to keep it there for months.

I still maintain that David Byrne and Co. did what these guys do first and better, but after hearing this it’s becoming harder and harder to pass these guys off as second-rate.