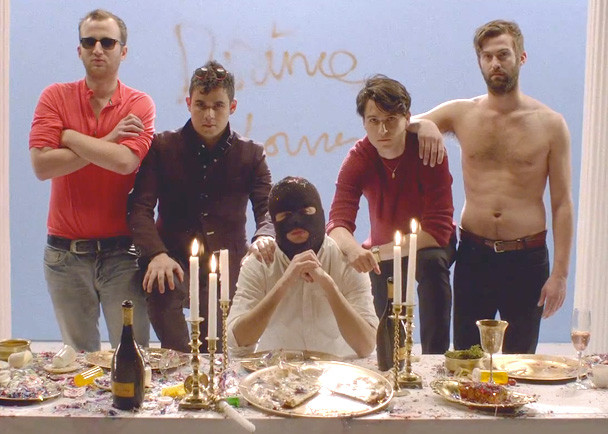 Vampire Weekend already got plenty of attention for “Diane Young,” the frantic first single from their truly great new album Modern Vampires Of The City, when they burned a couple of Saabs in the lyric video. But now, they’ve released a proper video (though that really depends on your definition of ‘proper’).

It starts out with an anarchic dinner party and filling it with indie-universe celebrities in cameo appearances. The big party includes Santigold, Sky Ferreira, both members of Chromeo, Dirty Projector Dave Longstreth, Walkmen frontman Hamilton Leithauser, and probably more I didn’t catch. 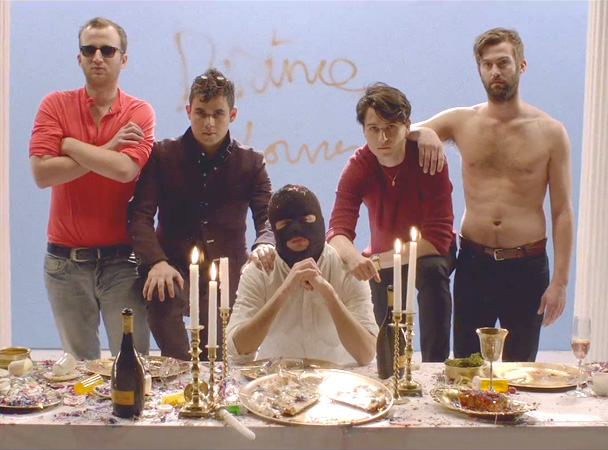