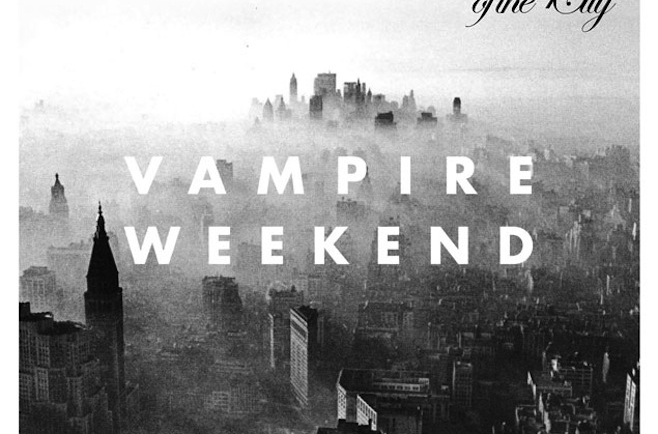 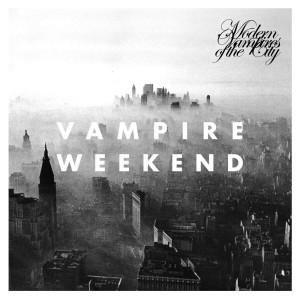 Album: Modern Vampires of the Ciy

Musicians trying to make a name for themselves in the age of Web 2.0 often find the Internet to be a double-edged sword. There’s no denying that with Bandcamp, Twitter, Facebook, and the blogosphere, every up-and-coming band now has the potential to reach a wide audience and share their music with the world. But that very levelling of the playing field ushered in by the democratization of technology means fiercer competition – and much, much more of it – than ever before. Moreover, with anonymous megaphones freely available to any malcontent with Internet access, bands and artists can find themselves the target of unwarranted amounts of cyber-vitriol. Just ask Rebecca Black or Lana Del Rey.

Vampire Weekend navigated the pratfalls of user-generated fame early in their career. The New York-based indie quartet started gaining notice in 2006 and built buzz throughout 2007, touring Britain with The Shins and landing on Rolling Stone’s “Best Songs of the Year” list – all before releasing a full-length debut. From an early stage, fans were tickled by the band’s potent, uber-catchy blend of chamber pop, Afropop, world music, and ska. Just as quickly, though, the band caught substantial flak for supposed elitism and cultural piracy.

In the end, though, the naysayers couldn’t deter four college buddies who just wanted to make literate, richly textured indie-pop. And make it they did. Released in January 2008, Vampire Weekend was an instant smash with critics and listeners alike. They followed it up with 2010’s Contra; though slightly less embraced by fans, the album was another critical success and debuted at #1 in the US – an impressive feat for a group just three years into its career. The band spent 2010 playing a litany of festivals before returning to the studio to record their third album, the last in a loosely-themed trilogy. The result is “Modern Vampires of the City.”

As with their first two albums, “Modern Vampires” is a veritable feast for the ears, full of lush arrangements and songs that demand the listener’s full attention. There is no shortage of clever studio effects and glossy production on these twelve tracks, from vocals that dissolve into a vocoder haze to quixotic breakdowns set against indistinct background chatter. Such aural quirks could be viewed as gimmickry, but Vampire Weekend back them up with solid songwriting and pensive lyrics. There is palpable depth and consideration behind the gorgeous backing vocals in “Obvious Bicycle,” or the stately strings on “Don’t Lie.”

Cleverly-named lead single “Diane Young” explodes out of the gate with Ezra Koenig’s unmistakably frenetic vocals flying over a wealth of fuzzed-out guitars. The song epitomizes all that makes Vampire Weekend great: garage rock enthusiasm, all-out aural excess (the vocoder and machine-gun drums are particularly intriguing) and eerily quiet lulls where Koenig’s distinctive voice takes center stage. “Finger Back” is equally energizing, with a driving beat and irresistibly bright groove. There are many sublime moments to be found here, from the infectious riffing on Afropop-flavored “Everlasting Arms” to the minimalist beauty of “Hannah Hunt.” It doesn’t get much better than the classical piano on “Ya Hey,” whose helium-esque refrain deftly straddles the line between quirky and lovely.

The album’s weaknesses, if they even warrant that label, are negligible. Much as I applaud their cosmopolitan sound, the band sometimes gets too experimental for their own good, as on the oddly directionless “Hudson.” At times the extra studio flourishes seem a tad forced, and the album would benefit from one or two more full-speed-ahead rockers. Still, it’s hard to complain when the songs are this engaging, consistently taking the listener to unexpected places and never failing to captivate. “Modern Vampires of the City” is a rich, thought-provoking listen and compelling proof that Vampire Weekend remain as musically cerebral and boundary-pushing as ever.

I'm a 24-year-old recent college grad with a deep, ever-expanding love of music. While indie, alternative, and college rock are my genres of choice, I love just about every style and constantly strive to broaden my aural horizons. My other interests include reading, drawing, politics, and current events.

View all articles by Anthony Harris