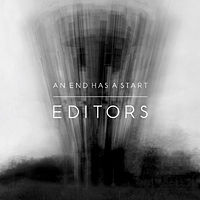 ‘An End Has A Start‘ is the selftitle track of Editors newest album, the second single after ‘Smokers Outside the Hospital Doors‘. The single will be out on September 3, and will include the b-side “Open Up” as well, which you may recognize it as the bonus track off the Japanese album edition. The song has a classic Editors sound and vibe, with the trademark exploding guitar wall and Tom Smith commanding vocals. As for the video,I find it a bit out of place with the songs theme, or I may be too small minded to figure it out. Basically it features the band playing a empty warehouse, with a dozen or so hot girls, around them, dressed in multi-colored tights and eye makeup doing aerobics on the song.