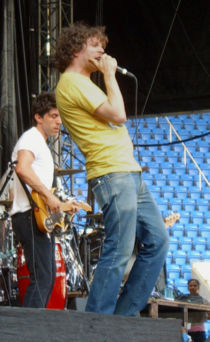 Ok, the title might be confusing, to say the least, what i mean is that the Sacramento indie band, with maybe the most coolest or idiotic name, [tag]!!![/tag] (often pronounced chk chk chk) are set to go on a all US tour this fall.