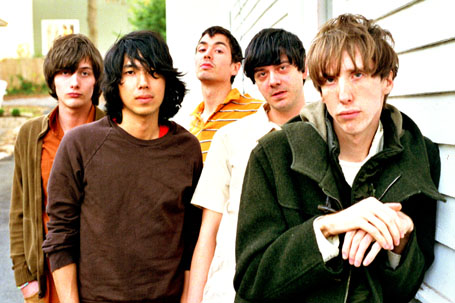 Some sad news from [tag]Deerhunter[/tag], it seems frontman Bradford Cox and guitarist Lockett Pundt got mugged at gun point, in their own home town of Atlanta, right after a gig. Some cash and  belongings were stolen, but nothing more then that, as the two weren’t hurt in any way and don’t seem very shocked from the whole experience. Bradford wrote a post on the band’s blog, in which he explains the whole event to his fans, the following morning. Here’s a snippet from the post:

“We got a friendly homecoming suprise last night in Atlanta when Lockett and I got robbed at gunpoint after our show at Lenny’s last night. We literally had just walked off the stage and I was pretty wasted. Lockett was trying to take care of me and get me home. He grabbed my guitar and my stuff and we walked to his car which was parked about a block away from Lenny’s because it was so crowded. I heard a commotion behind us but like I said I was pretty out of it. I just opened the door to the car and collapsed in the passenger seat. Then I heard all this yelling and I hear this loud metallic banging on the window and look up and there is a gun in my face and a guy yelling “get the fuck out the car man” I stumbled out and see the other guy has Lockett with his arms spread on the roof of his car and is patting him down. “