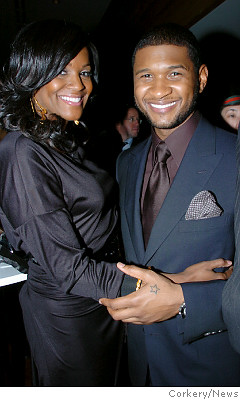 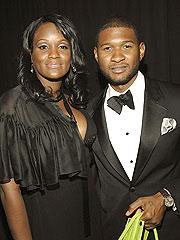 R&B prince [tag]Usher[/tag] has canceled his wedding with his longtime girlfriend Tameka Foster, on their wedding day, this Saturday. Tameka is pregnant, with Usher’s child and is expected to give birth sometime this fall.

What’s the reason behind this, near the limit, tabloid hell canceling?It seems the main reason is that Ushers err … mom, doesn’t agree to the wedding and objected numerous time, regarding their engagement.

“Usher’s mother [and former manager, Jonetta Patton, whom he fired in May] is against the wedding. That is one of the main obstacles,” a source told People magazine, who also added: “They only decided two weeks ago to have a wedding. They wanted to have it take place before the baby bump started showing.”

How many of us actually listen to their mother? Anyway tension was in the air of their relationship for these past weeks, tabloid articles about Tamika’s life weren’t helping either, and soon that tension began to choke Usher. On Saturday, the day of the wedding, Usher’s Patti Webster, issued the following statement:

“It was announced today that the wedding ceremony for Usher Raymond IV and Tameka Foster was canceled. No additional information will be given regarding the circumstances of the cancellation, but we hope the privacy of this matter will be respected.”

The statement was released only hours before the wedding, tents, catering, tables, staff were all ready, and all of the 100 guests had to be informed of the last minute canceling. Guests included [tag]Beyonce[/tag], [tag]Jay Z[/tag], [tag]Janet Jackson[/tag] and a shit load of other celebs. I guess this inevitable, but i never thought it would be a last minute thing. What other upcoming celebrity weddings do you think will get canceled ?