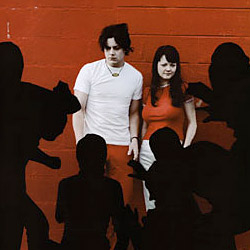 Everybody is all exited about [tag]White Stripes[/tag] new upcoming album, entitled “Icky Thump” scheduled for release on June 19th. A music video called as the album, “Icky Thump”, has been released a few days ago and since then caused a lot of fuss around it. I found the video awesome, some classic White Stripes hard rocking is present here, with Jack putting his guitar to good use with amazing riffs and Meg with some serious drumming.

The video is nicely made with a one eyed Mexican prostitute Meg and a no good gringo Jack, all happening in a Mexican whorehouse, pretty sweet!

Also for their 10th band anniversary the happy Whites, Jack and Meg will tour through al lot of places they’ve never been at in the USA and Canada.